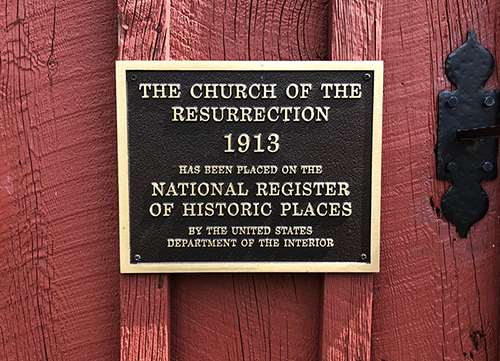 In 1912 Mrs. McNeely Dubose proposed that a church be built as a memorial to her husband, an Episcopal priest. She offered to give $700 (equal to about $16,000 in 2010) for a church building. The idea was supported by the Hon. Herriot Clarkson, president and founder of the Switzerland Company, which began development of Little Switzerland in 1910. Additional funds and land were donated, and construction began. At that time, more than half the residents of Little Switzerland were members of St. Peter’s Episcopal Church in Charlotte, N.C. Although Church of the Resurrection serves the entire community, it is an Episcopal church under the authority of the Bishop of Western North Carolina, currently the Rt. Rev. Jose Antonio McLoughlin.

The first service was held on June 13, 1913, the people sitting on broad boards supported by nail kegs. In 1914 the present pews, crafted in 1842, were donated by St. Peter’s Church, Charlotte. In the mid-1930’s, the church was found to be situated on the proposed right-of-way for the Blue Ridge Parkway, so it was moved 100 yards uphill to its current location. The cornerstone was re-laid, with the Rt. Rev. Robert E. Gribbin presiding.

In the early years, the services of various ministers were obtained for the month of July and August, and when clergy were not available, lay readers read Morning Prayer. The present church season is May through October, the service of Holy Eucharist being celebrated at 10:00 a.m. each Sunday. The affairs of the church are conducted by a Bishop’s Committee elected annually by the “regular Members,” who for the most part are summer residents of various denominations who belong to churches elsewhere.

In 1998, the Church was placed on the National Register of Historic Places. In June 2013, the Church was re-dedicated in a Centennial celebration service led by the Rt. Rev. Porter Taylor. Upon entering, one beholds the crowning glory of the Church building – the Resurrection Window, which has been attributed to Louis C. Tiffany.

An Episcopal summer chapel in the Diocese of Western North Carolina Serving the needs of a multi-denominational congregation and community – worshiping and caring for one another in the fellowship of Christ – reaching out to our neighbors and visitors in the spirit of Christian love – and being joyful while doing God’s work in the beauty of these mountains.

Please join us for refreshments and fellowship
after the service. 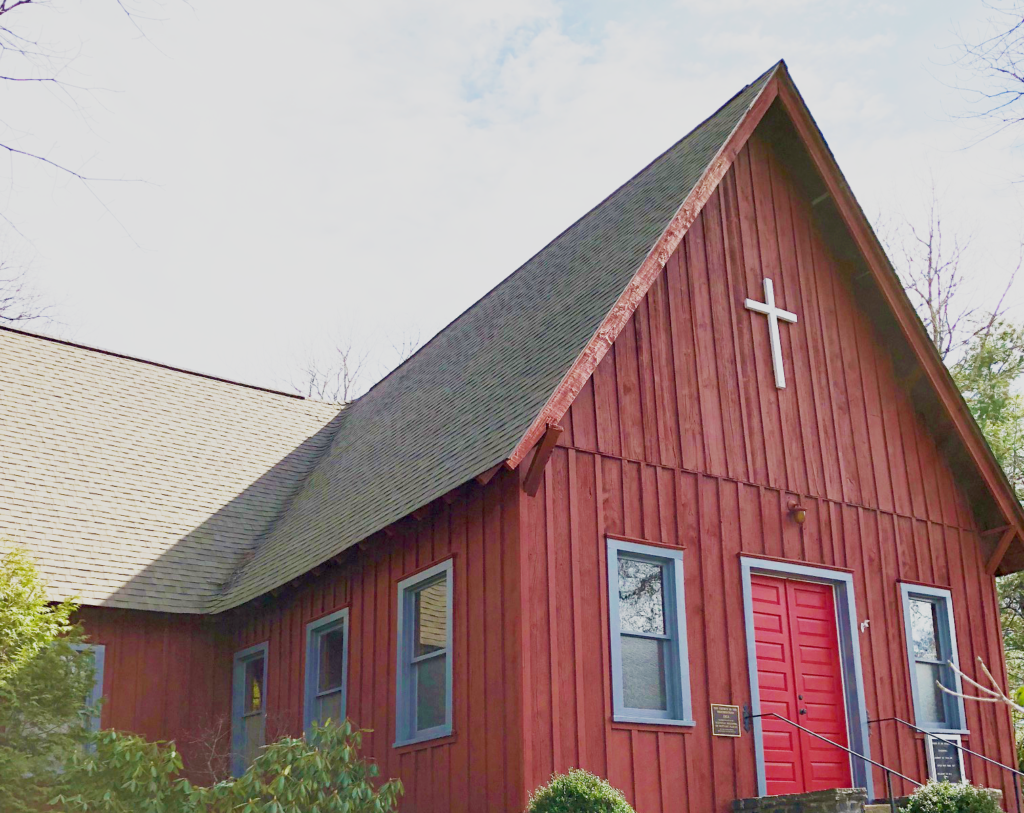